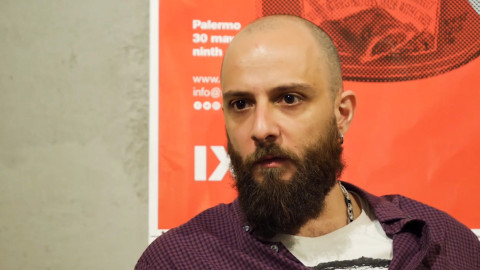 Avo Kaprealian (Aleppo, Syria, 1986) from a Syrian-Armenian family, is a theater and film director and a specialist in interactive theater which deals with psycho-social issues. He left his hometown to study theater at the Higher Institute of Dramatic Arts in Damascus, where he graduated in 2011. Before directing his feature documentary 'Houses Without Doors' (2016), which he filmed entirely by himself and that is his first feature-length film, he has directed one short entitled 'Just Two Steps Too' (2012) that was shown at the Yerevan Golden Apricot Film Festival, Armenia. 'Houses Without Doors', which premiered at Berlinale Forum, won the best International doc. film award at Torino Film Festival, Italy, as well as the crowd jury award from Fronteira Experimental film festival, Brazil. His Last film was an experimental entitled “Life = Cinematic Imperfections” (2018). Recently based in Germany, he is working on a new multi-media performance show.