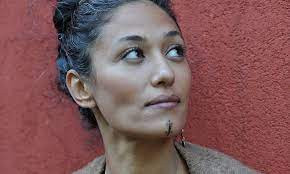 Lina Alabed is a Palestinian filmmaker Born in 1980, Graduate from the Faculty of journalism at Damascus University with documentary about a Syrian author Mohamed Al-Maghout, sold to Aljazeera channel in 2007. She went into a cooperative work with Danish directors on documentary about Palestinian Refugees between Europe and Middle East in 2009. Her second short doc was financed by Al-Arabiya TV entitled " Noor Alhuda" granted the DOX-BOX jury Award as best Syrian film in 2010. Lina is a producer and a director for her feature documentary films "Damascus my first kiss" about women sexual Awareness in Damascus. Broadcasted at arte television in 2013. “A Dream Of Powerful Monster” A short documentary by Bidayyat Productions, tells Nightmares of Syrian refugee children living in a Palestinian Camp in Beirut, awarded the Arab Short Film Festival Beirut jury prize as the best short film in 2014. Lina was part of the " Stories Untold" workshop with the Danish Film School to develop output skills for female filmmakers from the Arab world to be a tutor. For supervise non-professional women to make short films that express their individuality in their societies.
And she participated in many video workshops in different camps and places between Lebanon, Egypt, Tunisia and Jordan.