My Love Awaits Me by the Sea

A film by Mais Darwazah.

Synopsis
“My Love Awaits Me by the Sea” is a poetic documentary narrating the story of the director Mais Darwazah, who takes the first-time journey back to her homeland, Palestine. She leaves a secluded reality and follows a lover whom she has never met; Hasan, a Palestinian artist, unveils a beautiful and utopian world to her. Fairytale and reality are woven together to question the elusiveness of place and the need to believe in dreams.

About the director
Having worked across the Middle East in architecture, graphic design, and television documentaries, Mais Darwazah’s independent film career started by making short experimental films; It Wasn’t a Question of Olives(2001), The Human Puppet (2005), Still Waiting (2007) and Aisha’s Journey (2009). After finishing her undergraduate degree in Interior Architecture from Kingston University (the UK, 1997), she received the Chevening scholarship from the British Council, completing an MA in Documentary Directing at Edinburgh College of Art (the UK, 2007). Her graduation film Take Me Home (2008), was screened in more than 20 international film festivals. As part of an Arab feature documentary collective entitled Family Albums she completed The Dinner (2012), which was co-produced with ARTE France and received the Special Mention audience award at Cinemed in 2012.

In 2010, Darwazah started developing My Love Awaits Me By the Sea, her first feature-length documentary, which has participated in several development workshops like the Berlinale’s Talent Campus DocStation, and received numerous regional and international funds such as the Sundance Documentary Development Fund. Her film was selected to officially screen and premiere at the 2013 Toronto International Film Festival. She works and resides in Jordan. 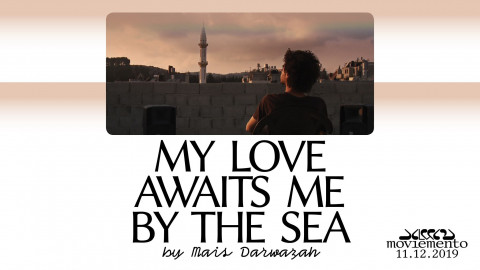