The Palestine Liberation Organization (PLO) student brigade included leftist students from Lebanon who mobilized around the struggle for the liberation of Palestine in the early 1970s. With the departure of the PLO’s armed forces from Lebanon after the Israeli siege of Beirut in 1982, the brigade was disbanded. Soueid was part of the group, and as the Lebanese civil war ended, he decided to film them and revisit their shared sites of memory, drawing a raspy-voiced portrait of defeated militants infused with poetry and generously doused in alcohol.

Mohamed Soueid, born in 1959 in Beirut, Lebanon, is a writer, director, and producer. He is currently the head of the documentary department at Al Arabiya News Channel. He has directed several films and written three books: “Postponed Cinema - Lebanese Films During the Civil War” (1986); “O Heart - A Film Autobiography On The Late Movie Theatres Of Old Beirut” (1996), and the novel “Cabaret Souad” (2004). 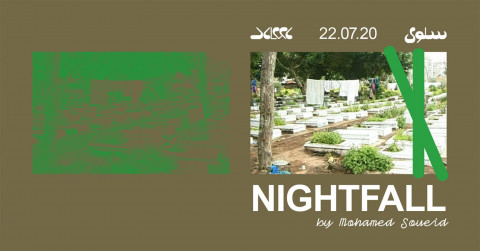