Synopsis
While packing to move to a new house, I came upon a box containing old VHS tapes and two old cameras. Searching through the tapes, I found the first video footage I ever shot – our demolished house in the south of Lebanon, after the war in 2006. Putting the footage in chronological order, I discovered the radical changes in Southern Lebanon affecting family relations, social communication, religious dominance, and the ensuing war.

About the director
Ahmad Al Trabolsi, a freelance cinematographer and an Independent filmmaker based in Istanbul, Turkey. A Cinema graduate from the Lebanese university. Started his career as a photographer, and then moved to work in communication arts in 2013. During this period, Ahmad directed 3 short films and worked as a cinematographer for more than 30 short films, a feature film, documentaries, and several TV commercials. His works participated in several film festivals worldwide. “Chronicle” is his first independent debut video. 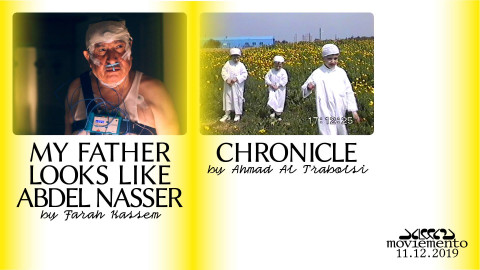