Part I: BEFORE THE FALL (duration: 2h40m): For several months, the director filmed a group of Iraqis, mostly members of his family, in their expectation of the war. This first part of the film ends with the start of U.S. strikes on Baghdad.

Part II: AFTER THE BATTLE (duration: 2h54m) : Americans invades Iraq and the film shows the consequences of this invasion on the daily life of the characters.

Abbas Fahdel was born in Babylon, Iraq. When he was 18 years-old, he moved to France where he pursued his studies in cinema at the Sorbonne University. It is only in 2002 that he returned to Iraq, with a French passport. This return is the subject of the documentary film Back to Babylon (2002), in which he asks himself: "What have my childhood friends become? How have their lives changed? What would my life have been like if I hadn't chosen to build my destiny elsewhere?" The country's dramatic situation is the background of this introspective investigation. One year later, in February 2003, when a new war seems imminent, Fahdel returns to Iraq with the intention of filming his family and friends, and the superstitious hope of protecting them against the dangers threatening them. When the war breaks, he returns to France and loses all contact with his family. Two months later, he returns to Iraq and discovers a country shaken by violence, the nightmare of dictatorship replaced by chaos, but a country where, nonetheless, everything remains possible: the best or the worse. This historical moment is the theme of his second documentary film, We Iraqis (2004). In 2008, he directed the feature film Dawn of the World (2008), a war-drama in which he gives an unexpected account of the multiple impacts of the Gulf Wars and how they have dramatically damaged an area known to be the geographic location of the biblical Garden of Eden. In 2015, his monumental documentary Homeland (Iraq Year Zero) (2015) is awarded at Visions du Réel, Locarno, Yamagata, Carthage, Montreal and Milano. 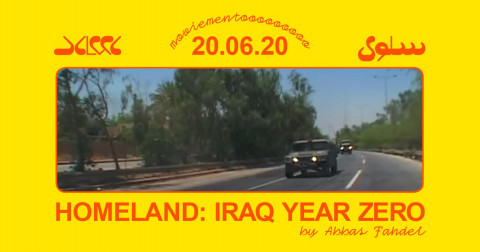