Ibrahim: A Fate to Define by Lina Alabed

Moviemento presents: Ibrahim, A Fate to Define by Lina Alabed.

In 1987, when Lina Alabed was six years old, her Palestinian father Ibrahim set off on a short mission. He never came back. He was a member of the Abu Nidal group, also known as 'The Revolutionary Council', and her father's past is still haunting the family. His disappearance was not something that was talked about - until now. Lina Alabed's film has to a great extent become a letter to a father she never really knew, but it is also a warm and personal family tale with temperament and character. Camera in hand, Lina has broken down the walls between herself, her Egyptian mother and the rest of her large family. Even though Alabed leafs backwards in the family album to find answers to her father's disappearance, her film mostly lives in the present. And where other films about family traumas are sentimental from the start, 'Ibrahim' is a story that also makes way for laughter and a liberating look at the individual differences that make up a family. The big question, however, is still how the father's decision has affected the adult Lina's own life choices. 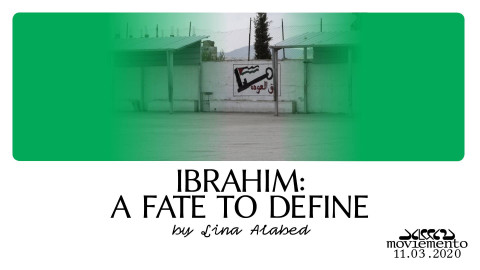