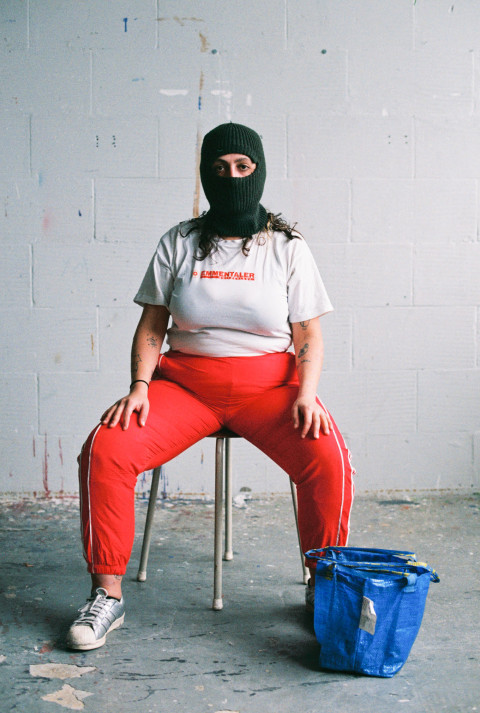 Mariana Jurado Rico (Bogotá, 1991) is an artist and curator working with printing, publishing, radio and video performance to facilitate points of merger between people. Her works build situations with elements of humor, failure, impatience and contradiction as tools of resistance. Using absurdity and a colloquial approach, Jurado Rico disguises herself within a reckless and uncomfortable persona who lays bare her own vulnerability to confront the audience with theirs. Her work has been exhibited in multiple project spaces, Galleries and Museums in Bogotá , Medellin, Mexico city, New York and Amsterdam. In Colombia she initiated the nomadic project space PARAISO BAJO and worked as freelancer curator and producer.
Currently she is based in Amsterdam where she is starting an artist-run space named “Espacio Estamos Bien '' with Fransisca Khamis. In addition to this she also runs the Leftist Bar, a nomadic, speakeasy and secret bar with Lucie Sahner, Margaux Koch Goei and Ella Mathys. In her spare time she runs the collaborative experimental publishing press Sad Belongings where she makes small edition publications and radio.