The film explores the distance between divided areas that had been created in Syria, literally and metaphorically, which goes back to the formation of the state of Israel, which tore the region apart, in terms of belonging, identity, and priorities. Being in the north, I am 300 miles away from my niece, Nour, who is in the south. That's the same distance my grandfather used to go from our village, Ghasam, to the Haifa port in Palestine. My grandfather married a Palestinian woman who was displaced after Nakba (1948). Neither she nor he were able to go back to Palestine. After Nakba, oppressive regimes were created to rule the region in the name of the Palestinian cause. The practices of the last regime led to a revolution that tried to alter the distances. The regime, and the whole world behind it, has been doing everything to bury the revolution and kill its spirit. Distances between Syrian cities became impossible. Nour is in the south. Through her camera, she asks me about the distance that separate us, and why I cannot go back. I am in the north, trying to find answers about the complications that turned the revolution into a war, through Adnan, the civil activist, and Abu Yaa'rob, the Free Syrian Army fighter. 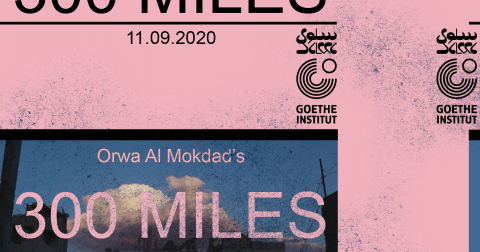