A stenciling workshop with Sidney Waerts.

In the first stencil workshop, we will work on our own portrait-stencils. We will also combine the stencil-technique with freehand painting or drawing.

Stencils and patterns can change the way you think and provide you new creative ideas. There are a huge variety of techniques of stencils and you will learn several of them in this first workshop with the help of Sidney. Stencils are very sustainable because they can be used endlessly. If you’ve cut your 1st stencil, you immediately feel the need to do more. You might think it is very challenging to create your own stencils at first. But with this workshop, you will understand the process which will help you to take the next step: create more complex stencils such as ‘different-color-layered’ stencils, patterns and wallpapers.

ABOUT SIDNEY WAERTS>> Sidney worked for the advertising industry for over 15 years. Being a designer and art-director at the agencies he signed up with, he also worked as a freelance Illustrator for other clients like magazines, clubs and other agencies.

In 2007 Sidney completely dedicated himself to his paintings and there for he needed to let go his carrier in advertising. He started to work on his painting for a whole year and in 2008 he had his first solo exhibition. After this success he worked with several galleries internationally who represented his paintings and sculptures. Between exhibitions Sid was asked for mural projects in restaurants, clubs and bars, social painting projects and many more things. Working on different things is a big motivation for him. In his opinion it's the freedom he needs to keep an open mind, instead of pinning himself down to one direction. The diversity brings him great inspiration and insight.

Since 2016 Sidney also works as a team leader and designer for Favela Painting. An organization that sets out painting projects to change the social environments of poor communities internationally. Working with people from different communities, doing workshops and making mural paintings gives Sidney the right balance between his isolation in the studio and being socially active to keep himself grounded. 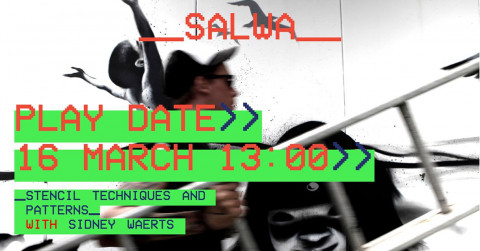