Houses Without Doors by Avo Kaprealian

The film portrays the changes in the life of an Armenian family in one of the Aleppo’s most heavy frontlines, “Al Midan”, an area that brought shelter to the Armenians who survived the Genocide 100 years ago and today to many displaced Syrians. Following an experimental approach, the director films with small cameras the changes in his neighborhood and his own family, mostly from the balcony of their home, interweaving his images with extracts from classical films to illustrate parallels between the Armenian genocide and Syrians’ reality today, and to pay attention to the idea of what can be shown and what not. 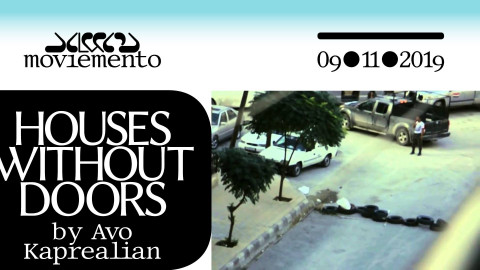